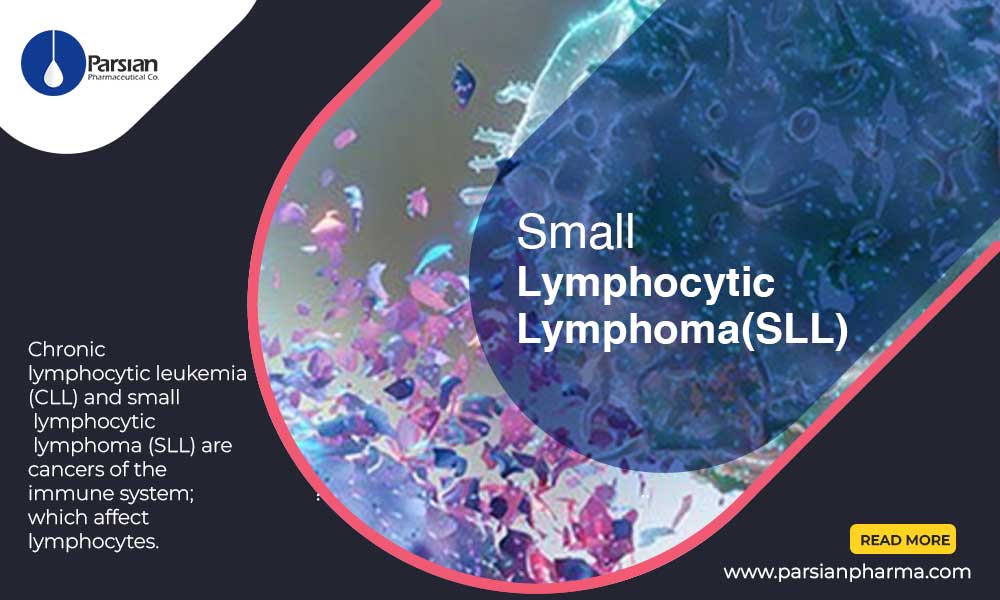 Chronic lymphocytic leukemia (CLL) and Small Lymphocytic Lymphoma (SLL) are cancers of the immune system; which affect lymphocytes. CLL and SLL are basically the same, the only difference is each cancer is primarily located in a different part of the body.

When cancer occurs in bloodstream and the bone marrow, the disease is called chronic lymphocytic leukemia (CLL), that’s why it’s called ‘leukemia’ after ‘leucocytes’. When the cancer occurs mostly in the lymph nodes, the disease is referred to as small lymphocytic lymphoma (SLL), that’s why it’s called ‘lymphoma’. SLL and CLL are indolent (slow growing) non-Hodgkin lymphoma that affects B cells.

The two cancers are treated in the same way. Both SLL and CLL look the same, the cancerous B-cells are immature and do not function properly; they have normal appearance under the microscope, but they are not fully matured and have specific proteins on their surface known as CD5 and CD19. Patients with SLL at first have a sign of painless swelling of neck, armpit or groin, which is because of enlarged lymph nodes. SLL tends to progress slowly, patients may not have any symptoms when they’re first diagnosed. A lot of patients are diagnosed by a routine blood test and/or a physical examination. SLL/CLL is the most common type of leukemia among adults in the U.S.

Small lymphocytic lymphoma is a subtype of a group of cancers that affect lymphocytes. 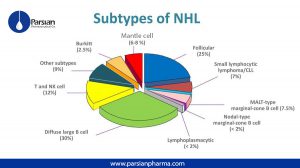 SLL’s staging method is same as the other types of non-Hodgkin lymphoma. But CLL is staged differently because it generally occurs in bloodstream rather than the lymph nodes. There are 2 staging systems for CLL: the BINET system and the RAI system. You can find out more about these two staging system at Parsian pharma recent article. cll

Based on SLL stage, treatment team can find out how far cancer has spread and chose the right treatment.

SLL staging can be done with the ANN ARBOR system. Which is based on considering these four factors:

Prior to the treatment starting, it is recommended to get genetic tests done. The treatment team can chose the best treatment options based on having or not any chromosomal abnormalities or specific gene mutations. Some of the main Chromosomal abnormalities are: deletions of 11q, 13q, 17p, and trisomy 12, which have a known prognostic value and play an important role in pathogenesis and evolution, determining patients’ outcome and therapeutic strategies.

All of these mutations except 13q, are considered as a prognostic factors. Treatment is based on the rate of cancer growth as well as the associated symptoms and their severity.

If at first SLL is not associated with any symptoms, doctors may not start treatment right away for some patients, and watch patient’s health through regular check-up visits, and various evaluation procedures, such as laboratory and imaging tests, until patient needs to start treatment. This approach is known as watchful waiting or observation with no treatment.

The treatments offered for SLL are depended on whether the disease is causing any symptoms or progressing, which can be one or more of the following treatments: watchful waiting, chemotherapy, radiation therapy, targeted therapy, and stem cell transplant.

Some of the main references that Parsian Pharmaceutical Co. has observed them: