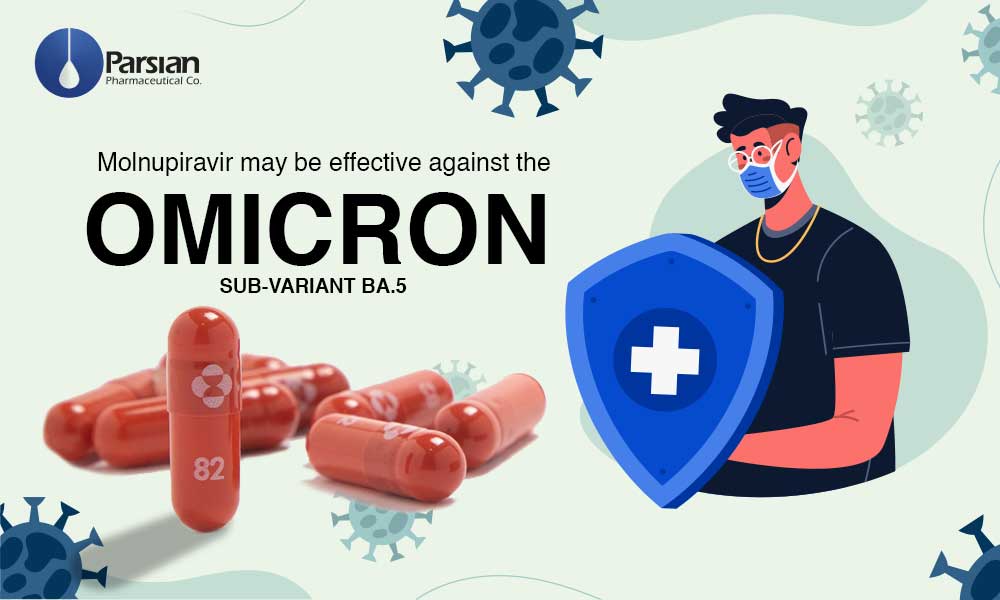 Molnupiravir may be effective against the omicron sub-variant BA.5

According to a study published in the New England Journal of Medicine on Thursday, a team led by a professor of virology at the University of Tokyo, found that small-molecule antiviral drug molnupiravir curbed virus activity in cultured monkey cells infected with the highly contagious BA.5 and other strains. BA.5 is driving a surge in infections in all over the world.

On the other hand, in this study, there is an evidence indicated that the antibody medicines Ronapreve, which contains casirivimab and imdevimab, and Sotrovimab exhibited a lower efficacy than against earlier coronavirus variants.

Molnupiravir is a direct-acting ribonucleoside prodrug that has got emergency use authorization for treating COVID-19 patients. This antiviral drug, which is administered orally, directly inhibits key proteins involved in viral RNA synthesis, leading to a reduction in viral replication. The drug can specifically target two SARS-CoV-2 proteins, including RNA-dependent RNA polymerase and exonuclease.

Regarding the specific mechanism of action, it is known to inhibit SARS-CoV-2 RNA synthesis by inducing G to A and C to U transition mutations. Clinical trials involving at-risk, unvaccinated COVID-19 patients have shown that molnupiravir effectively can reduce the risk of hospitalization and death.

However, it is unclear whether molnupiravir induced lethal mutagenesis is associated with the emergence of resistance mutations in the virus.

In the AGILE Candidate Specific Trial (CST)-2, the scientists evaluated the risk of mutation accumulation in COVID-19 patients treated with molnupiravir.

The findings of sequencing analysis demonstrated a significantly increased number of transition mutations in the viral RNA collected from molnupiravir-treated patients compared to that in placebo-treated patients. The finding of mutational analysis revealed that the 5-day course of molnupiravir treatment doesn’t induce any mutations in the amino acid sequence of RNA-dependent RNA polymerase and exonuclease at the dominant genome level.

Course of Molnupiravir treatment involves 40 oral tablet taken over a period of 5 days.

In January, many countries have issued an emergency use authorization for the drug, developed by Merck, which can cut hospitalizations and deaths by 30 percent among people at high risk from COVID-19.

Parsian Pharmaceutical Co. is the first company in Iran to manufacture API of the oral antiviral, Molnupiravir.

The drug received authorization from the U.S. Food and Drug Administration (FDA) in December 2021.

You can obtain more in our recent articles.