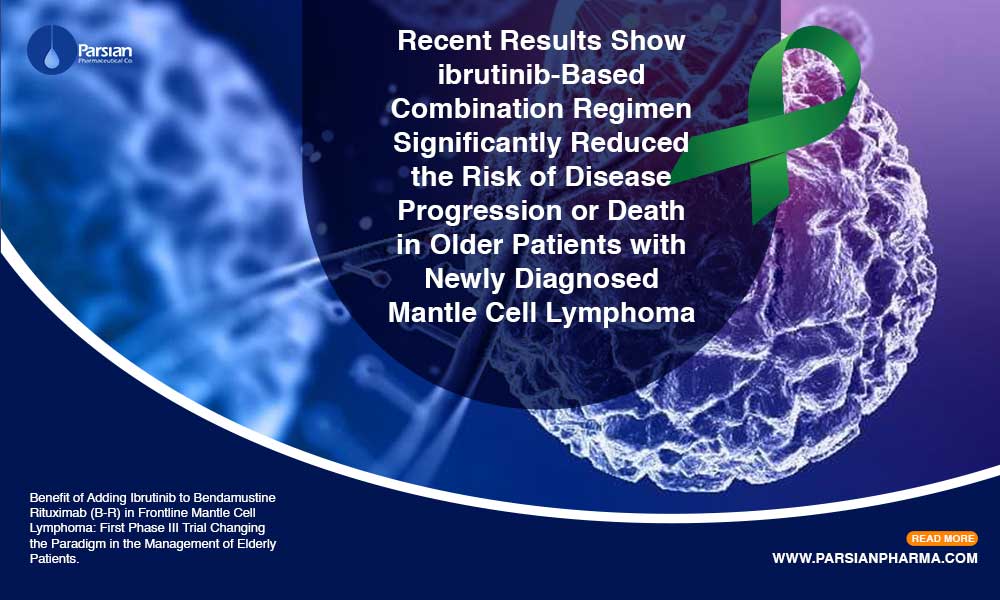 The Janssen Pharmaceutical Company today announced primary results from the Phase 3 SHINE study, which demonstrated that the combination of once-daily oral ibrutinib plus bendamustine-rituximab (BR) and rituximab maintenance significantly decreased the risk of disease progression or death by 25% compared to patients who received placebo + BR and rituximab maintenance in patients aged 65 years or older with newly diagnosed mantle cell lymphoma (MCL).  This study is one of the biggest clinical trials ever conducted in first-line MCL and the first for a Bruton’s tyrosine kinase inhibitor (BTKi).

The data presented in an oral session and featured in a press briefing during the 2022 American Society of Clinical Oncology (ASCO) Annual Meeting, and were published in The New England Journal of Medicine. This data will also be presented as an oral presentation at the 2022 European Hematology Association (EHA) Annual Congress.

Mantle cell lymphoma is a type of aggressive, rare non-Hodgkin lymphoma that is incurable and difficult to treat. It commonly affects people over the age of 65, who typically cannot tolerate intensive chemo-immunotherapy and stem cell transplantation, resulting in poor clinical outcomes and contributing to the need of developing additional treatment options for these patients.

Ibrutinib is currently approved globally for the treatment of adult patients with mantle cell lymphoma (MCL) who have received at least one prior therapy.   This indication is approved under accelerated U.S. FDA approval based on overall response rate (ORR), continued approval for this indication may be contingent upon verification and description of clinical benefit in a confirmatory trial(s).

The Phase 3 SHINE study (sponsored by Janssen Biotech, Inc., in collaboration with Pharmacyclics LLC, an AbbVie Company) assigned patients 65 years of age or older to receive ibrutinib (administered orally 560 mg once daily until disease progression or unacceptable toxic effects) or placebo, plus six cycles of bendamustine (90 mg/square meter of body-surface area) and rituximab (375/per square meter). Patients with complete or partial response received rituximab maintenance therapy, administered every eight weeks for up to twelve additional doses. The primary end point was progression-free survival which assessed by the investigators, overall survival and safety were also being assessed during study.

Ibrutinib is a once daily orally administrated medication that is jointly developed and commercialized by Janssen Biotech, Inc. and Pharmacyclics LLC, an AbbVie company. Ibrutinib acts by blocking the Bruton’s tyrosine kinase protein, which is needed by normal and abnormal B cells, including specific cancerous cells, to be multiplied and spread; by blocking BTK, Ibrutinib can move abnormal B cells out of their nourishing environments and inhibits their proliferation.

Ibrutinib is approved in more than 100 countries for at least one indication and has been used to treat more than 250,000 patients worldwide. There are more than 50 company-sponsored clinical trials, including 18 Phase 3 studies, with over 11 years evaluating the efficacy and safety of Ibrutinib.

More than eight years since its first FDA approval, ibrutinib has been used for treating over 250,000 patients globally, fundamentally changing the treatment paradigm for complex B-cell malignancies. The Phase 3 SHINE study reinforces our continued commitment to the development of ibrutinib to provide meaningful differences and change outcomes for patients with B-cell malignancies where high unmet medical needs still remain. There is an important need of treatment to improve outcomes for older MCL patients. Based on the median progression-free survival of 6.7 years, the ibrutinib combination demonstrated the potential to be a first-line treatment in this population.

There is more information about mantle cell lymphoma (MCL) and other approved indication of Ibrutinib in the treatment of hematological malignancies in our recent articles.