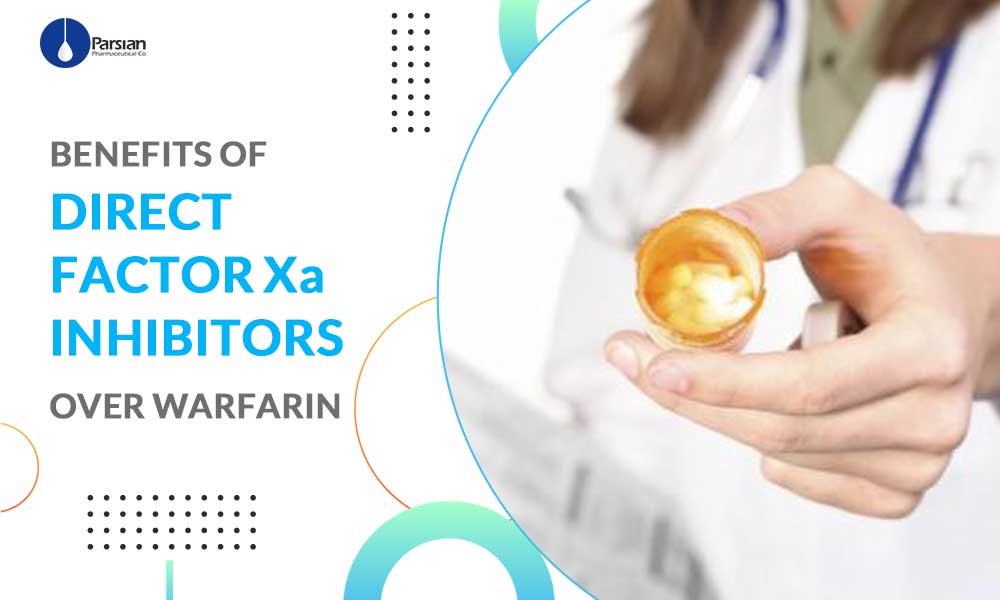 Compared to vitamin K antagonists (VKAs), these target-specific drugs have a fixed dosing with no need for international normalized ratio (INR) monitoring, a wider therapeutic index, rapid onset and short half-lives, and few drug and food interactions, so you may not need to take blood tests and be careful about how much vitamin K you eat and drink. In addition to non-inferior efficacy, DOACs have also shown a better safety profile in RCTs than VKAs.

Indeed, despite the anticoagulant treatment with vitamin K antagonists (VKAs) has been the standard therapy for more than 60 years, due to the rapid increase in robust evidence provided by randomized clinical trials and greater manageability, the DOACs are now widely used in clinical practice worldwide.

If a blood clot blocks the flow of blood through a blood vessel, the affected part of the body can’t receive enough oxygen and will stop working properly. Depending on where the clot is formed, this can lead to serious problems such as: strokes or transient ischemic attacks, heart attacks, deep vein thrombosis (DVT), and pulmonary embolism (PE).

DOACs have been approved by regulatory authorities for use in specific conditions including prevention of stroke and systemic embolism in non-valvular AF with one or more risk factors and for primary and secondary treatment of VTE. Rivaroxaban has also been approved for prevention of cardiovascular events after acute coronary syndrome.

Treatment with DOACs may be started if patient is at an increased risk of developing one of these problems. This may be because of detecting blood clots in the past or being diagnosed with a condition such as atrial fibrillation that can lead to forming blood clots.

DOACs may also be prescribed if patient has recently had surgery like hip or knee replacement, because the period of rest and inactivity is needed during recovery can increase the risk of developing a blood clot.

Pros and cons of DOACs in Comparison with Warfarin

o   We are increasingly using DOACs as a first choice for anticoagulation in atrial fibrillation (AF).

o   Among patients with AF and stage IV or V CKD including dialysis patients, DOAC appears to have similar or better effectiveness and safety compared to warfarin.

o   We are also giving many patients the option to switch from warfarin to DOACs if they are already on warfarin. In general, this change can be made easily.

o   The only patients with AF who should stay on warfarin rather than using a DOAC are those with a mechanical artificial heart valve.

o  DOACs and warfarin are equally effective as a treatment option for AF patients with bio-prosthetic heart valves (BHVs), according to a new study published in the American Journal of Cardiology.

o   However, DOACs appear to be safer for patients than warfarin, resulting in fewer intracranial bleeds.

Apixaban and rivaroxaban are two commonly prescribed DOACs. Direct comparison of these two medicines in Non-valvular Atrial Fibrillation in recent studies suggest that apixaban demonstrated comparable effectiveness and a lower risk of major bleeding events compared to rivaroxaban in patients with NVAF.

There is more information about each one of these medicines in our website: Rivaroxaban, Apixaban.

Pasian pharmaeutial Co. is manufacturing both of these two most commonly prescribed DOACs, for bringing better care to patients with cardiovascular disease, serving their needs, and improving their quality of life.