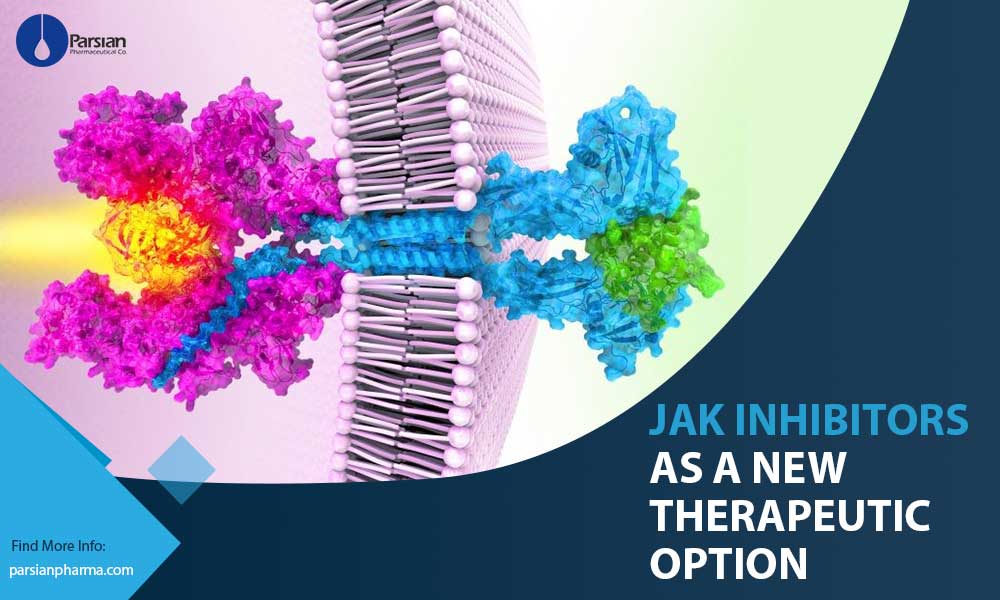 Mechanism of action of JAK inhibitors

Most recently, with advances in our understanding of cell signaling pathways, we can target small molecules associated with intracellular signal transduction. An enhanced understanding of the importance of Janus kinase (JAK) and signal transducer and activator of transcription (STAT) signaling in multiple disease states has led to an increasing applicability of therapeutic intervention with JAK inhibitors. These agents have revolutionized treatments for a heterogeneous group of disorders, such as myeloproliferative neoplasms, rheumatoid arthritis, inflammatory bowel disease, and multiple immune-driven dermatological diseases, exemplifying rapid bench-to-bedside translation.

Cytokines are classified according to their structure. Cytokines including; interleukin (IL-2), IL-6, interferon α (IFNα), IL-12/23, erythropoietin, and granulocyte macrophage colony-stimulating factor (GM-CSF) are subtyped into class I/II. IL-17, TNFα, and IL-1 are belonged to different groups, and are involved in signaling through a pathway which is independent of JAK. Of note, JAK is a molecule specifically involved in the signaling of class I/II of cytokines. Anti-inflammatory agents such as glucocorticoids, as well as csDMARDs, can impair cytokine secretion and downstream activities, but long-term use and off-target effects result in unwanted side effects, such as osteopenia and liver toxicity. Some bDMARDs (IL-6 receptor blockers, TNF inhibitors) target pro-inflammatory cytokines themselves, with significant advantage. These bDMARDs have contributed to the revolution in the management of autoimmunity but they require parenteral administration, and are expensive, as well as co-prescription with methotrexate to achieve optimal outcomes.

Cytokines form a large family of (mostly) soluble mediators, which are responsible for controlling a wide range of bodily processes, from growth to hematopoiesis. Unsurprisingly, an imbalance of cytokines’ activity is associated with a number of different autoimmune diseases and malignancies. In humans, the JAK family comprises JAK1, JAK2, JAK3, and TYK2; and all are receptor-associated tyrosine kinases. Many cytokines involved in inflammatory and immune responses use a combination of JAK1, JAK2, and TYK2.

The Impact of JAK Inhibitors

Janus kinase (JAK) / signal transducers and activators of transcription (STATs) pathway is appeared to have a pivotal role in the pathogenesis of many immune-mediated diseases, including RA, PsA, SpAs, IBD, skin disorders (e.g. alopecia areata, atopic dermatitis), single-gene disorders like interferonopathies, and others, by facilitating the signal transduction of many different cytokines and other molecules. JAKs are the key initiating players of the JAK/STAT pathway. Upon binding of their respective effector molecules (cytokines, IFNs, growth factors and others) to type I and type II receptors, JAKs are activated, and through phosphorylation of themselves and of other molecules (including STATs), they mediate signal transduction to the nucleus. During the last decade, drugs known as JAK inhibitors or JAKinibs, blocking one or more of the molecules involved in this pathway, have been developed and tested in clinical trials for many different indications.

Consequently, inhibiting JAKs has great potential for controlling unwanted or overactive pathways. It is important to understand both the role of cytokines in regulating the body function and the JAK-STAT (signal transducer and activators of transcription) pathways in order to fully appreciate the true valuable effects of JAK inhibition, especially in relation to its role in diseases like; RA.

Tofacitinib was the first JAK inhibitor approved for the treatment of autoimmune diseases, which is a synthetic small. Tofacitinib is an effective inhibitor of JAK1 and JAK3, and shows some inhibition on JAK2 and Tyk2 as well. There is more information regard Tofacitinib and its indications in our next articles.