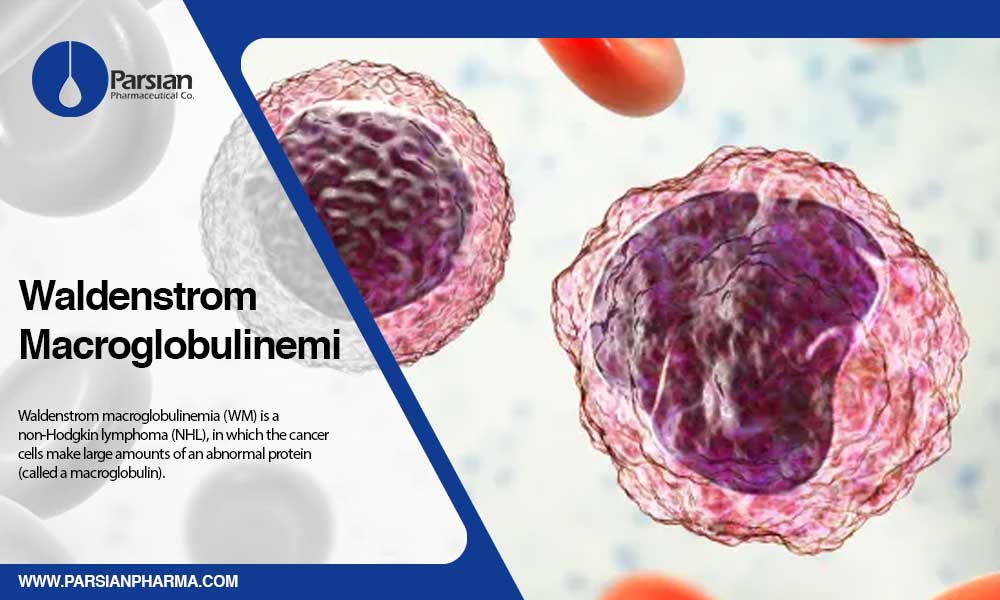 Waldenstrom Macroglobulinemia (WM) is a non-Hodgkin lymphoma (NHL), in which the cancer cells make large amounts of an abnormal protein (called a macroglobulin). Another name for this subtype of NHL cancers is lymphoplasmacytic lymphoma. This condition is a rare indolent B-cell lymphoma that occurs in less than two percent of NHL patients. According to reports (cancer.org), 1,000 to 1,500 new WM patients are diagnosed annually in the U.S. This type of cancer can be seen mostly among older adults; and primarily affects bone marrow; although spleen, stomach, intestines, liver, and lymph nodes may be affected later.

As lymphoma cells grow in the bone marrow, there is no chance for normal cells to produce enough amounts of red and white blood cells, which can leads to thrombocytopenia, anemia, and neutropenia.

Specific type of white blood cells, called a B-lymphocyte or B-cell are affected in Waldenstrom macroglobulinemia cancer. Waldenstrom macroglobulinemia (WM) patients have a high level of a protein named immunoglobulin M (IgM) in their blood, which leads to hyper-viscosity of the blood. In which, blood cannot flow easily through the body, which leads to some important associated symptoms like nervous system issues, vision problems, cardiovascular complications, and excess bleeding.

For diagnosing WM blood and urine tests as well as a bone marrow biopsy should be performed.

There is no standard system for staging Waldenström’s macroglobulinaemia (WM). But, doctors can staged WM with helping several factors, like: the amount of red blood cells and platelets, the level of IgM in the blood, and amount of beta-2-microglobulin protein in the blood, and also by detecting affecting area in the body. 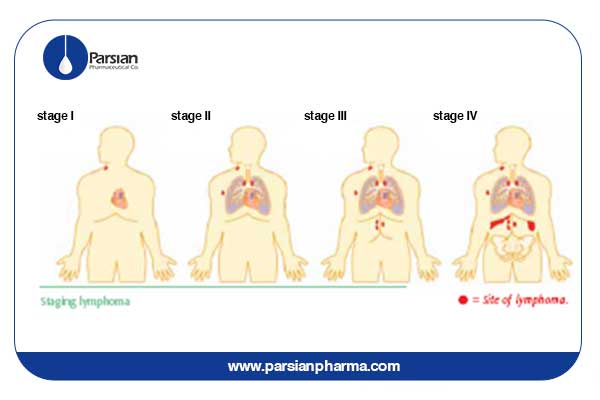 It can be staged by detecting affecting area into four stages which are subtype of two main group (Early stage & Advanced stage):

Treatment team use these factors for staging out and predicting the lymphoma’s behavior to start the best treatment plan.

Waldenstrom macroglobulinemia is an incurable disease, but it is treatable; and many patients have a long-term response to treatment. Treatment may not start right away for patients whom their disease is stable and do not have any symptoms; instead for these patients, physicians start an approach which is called watchful waiting observation without starting any treatment options. Patients’ overall health should be monitored through this approach until any changes happen and there is a need for starting the treatment. Based on the type and severity of the symptoms physicians can decide between treatment options.

The treatment for WM changed basically when MYD88 mutations were discovered in 2012. Because of interaction between MYD88 and a protein called Bruton’s Tyrosine Kinase (BTK) and the role of BTK as a promotor in the other blood cancers (especially chronic lymphocytic leukemia CLL), which BTK inhibitors can have an important effects for controlling them (notably CLL), the efficacy and safety of ibrutinib was explored in WM.

Before FDA approval of ibrutinib in 2015, rituximab which is a CD20-directed monoclonal antibody, used alone or more often in combination with other cytotoxic agents for treatment symptomatic WM patients. Some clinicians still use rituximab-based therapies as the first-line therapy in newly-diagnosed symptomatic patients. Ibrutinib has become an important treatment option in WM therapy, due to its FDA approval in Waldenstrom macroglobulinemia.

In patients who failed prior therapy for WM the overall response rate with ibrutinib was 90%, and the estimated 2-year progression-free survival and overall survival rates were 69% and 95% of patients, notably. Ibrutinib also proved to be highly active in treatment-naïve patients, where the overall response exceeded 83% and the 18-month progression-free survival was estimated at 92% of patients.

You can read out more about the other Ibrutinib’s indication in recent Parsian pharmaceutical Co.’s article:highlights