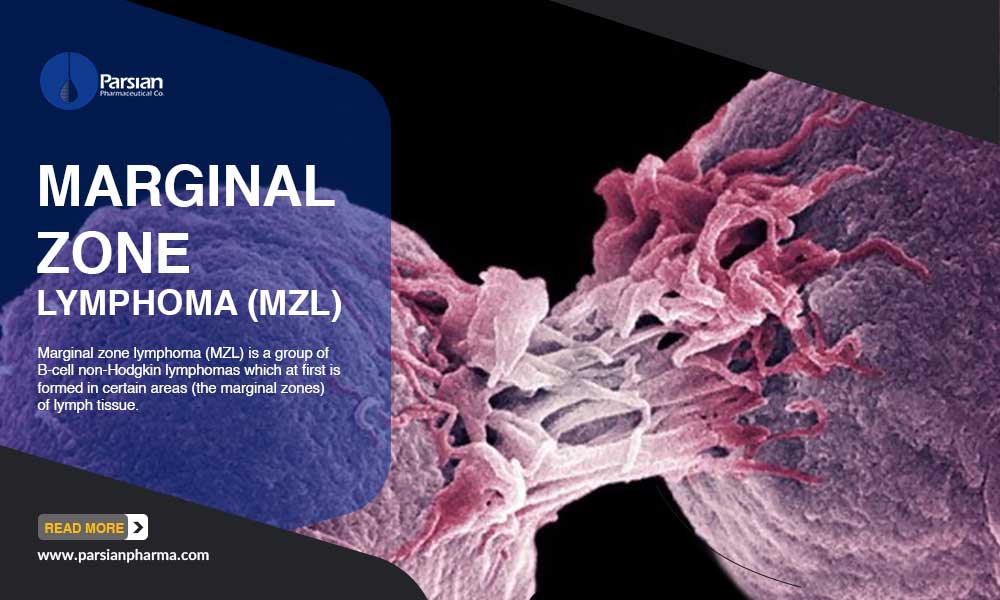 Marginal zone lymphoma (MZL) which is also called marginal zone B-cell lymphoma, is a group of B-cell non-Hodgkin lymphomas, which at first is formed in certain areas (the marginal zones) of lymph tissue. MZL is the second most common indolent non-Hodgkin’s lymphoma (iNHL); and account for approximately eight percent of all NHL cases. This type of cancer is mostly seen in women than men; and the average age of diagnosis is 60 years.

Mediterranean abdominal lymphoma which is also known as immune-proliferative small intestinal disease; is a type of MALT lymphomas which affects young adults in eastern Mediterranean countries. The most frequently affected region is the abdomen and occur in patients who are infected with Campylobacter Jejuni.

The second type is Nodal MZL which affects the lymph nodes.

Marginal Zone Lymphoma (MZL) accounts for about 6% of total B-cell lymphomas cases; and is estimated that there are 1000 to 2300 cases per year in the U.S. According to estimations; the Extra-nodal MZL or Mucosa-associated lymphoid tissue (MALT) lymphoma concluded 70% of total MZL cases, the splenic MZL (SMZL) concluded 10% of cases, and the nodal MZL (NMZL) concluded 20% of cases. Five-year survival rates are reported as follows: 88.7% for MALT, 79.7% for splenic MZL, and 76.5% for nodal MZL.

Summary of How to determine each MZL’s subtype:

Both MALT and SPLENIC subtypes of Marginal zone lymphoma are indolent disease with good performance status and with no adverse prognostic factors, and are associated with long survival. But Patients who are affected with nodal type of MZL are associated with a more aggressive type and have a shorter failure-free survival.

Treatment selection depends on the type, the stage and location of the disease, the patient’s age and overall health, and any lymphoma-related signs or symptoms. New treatment options have been recently approved for relapsed disease of all subtypes. Ibrutinib was the first drug to be specifically approved by the U.S Food and Drug Administration for the treatment of MZL in these circumstances. It is used for the treatment of patients with marginal zone lymphoma who require systemic therapy and have received at least one prior anti-CD20−based therapy.

Parsian pharmaceutical Co has reviewed over the other Irutinib’s indication for the other types of Blood cancer, where you can find them out in recent articles. HIGHLIGHTS

Some of the main references that Parsian Pharmaceutical Co has observed them: