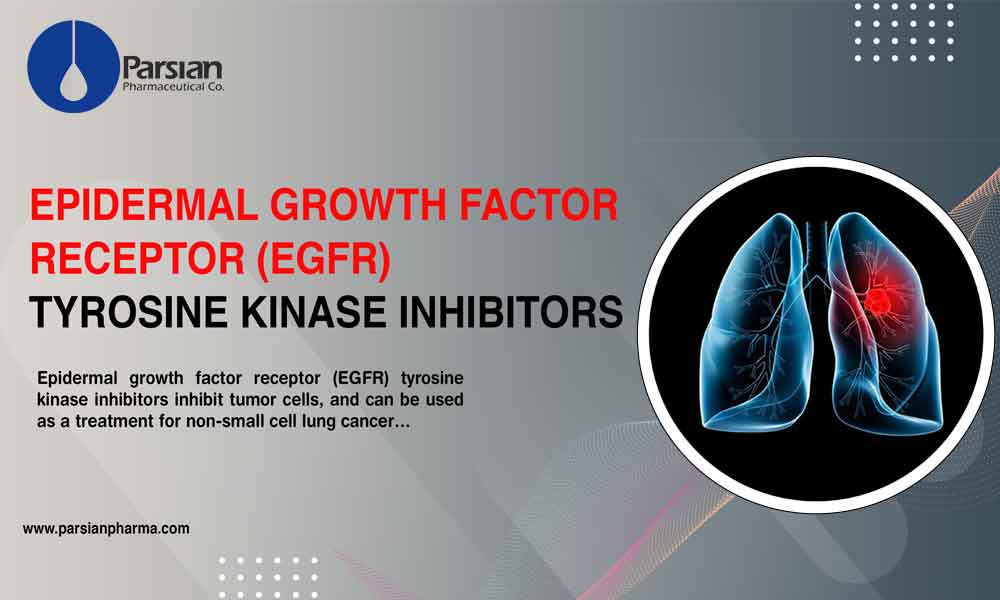 The epidermal growth factor receptor (EGFR) is one of the protein tyrosine kinase (PTK) receptor family. Many human malignancies, especially non-small-cell lung cancer is because of over-expression or mutation activation of EGFR due to its vital role of inhibition of tumor cell proliferation, invasion and apoptosis.

In these recent years, in purpose of developing selective and effective inhibitors for the treatment of NSCLC against EGFR mutants, a large number of small molecule tyrosine kinase inhibitors (TKIs) have been designed and developed.

Targeted therapies are now new class of interest for cancer due to the advantages efficacy, selectivity and safety by acting on specific targets involved in proliferation and differentiation of cancer cells with minimal activity on normal cells compared with traditional oncologic ones.

The first generation of EGFR inhibitors that had been FDA approved for the treatment of advanced non-small cell lung cancer (NSCLC), were Erlotinib and Gefitinib, they target the most common activating mutation of EGFR; exon 19 deletion and L858R point mutation.

However, after one year of use, due to the leading reason for being resistant to these drugs which is the T790M mutation of the EGFR gene and also the replacement of threonine residues by methionine residues, which hindered the binding of the inhibitor to the EGFR tyrosine kinase, patients develop resistance to these drugs.

This led to appearance of second-generation inhibitors such as Dacomitinib and Afatinib over the first-generation inhibitors, were they had enhanced recognition of EGFR, which leads to the advantage of reduced side effect. But due to their poor selectivity for EGFRT790M mutants and strong inhibitory effects on wild-type EGFR in the skin and intestines, lead them to cause severe side effects such as dermatitis and diarrhea, which reduced the quality of life of patients receiving treatment.

In addition the drug could not reach its effective concentration in the body under its maximum tolerated dose (MTD). All these factors led to ineffectiveness of these drugs for most drug-resistant patients. This motivated researchers to develop the third-generation EGFR inhibitors.

The only approved third generation EGFR inhibitor is Osimertinib (AZD9291) which is more selective between wild-type EGFR and T790M mutant and has a good therapeutic effect on NSCLC patients with EGFR-TKI resistance and T790M mutation. However, a new mutation was found in NSCLC patients treated with third-generation irreversible EGFR inhibitors, indicating that drug resistance has become the biggest challenge.

This prompts researchers to develop novel selective inhibitors of EGFR mutants with lower toxicity, better selectivity and higher activity. Reversible or irreversible EGFR inhibitors because of having quinazoline structure have poor selectivity to wild-type cells, which induce toxic side effects. Some novel structures such as; heterocyclic pyrimidine, pyrimidine and indole have good selectivity and strong inhibition of mutant EGFR activity.

Especially, the third-generation inhibitors have high kinase inhibitory activity against the T790M mutant EGFR by containing Michael receptor fragments such as benzyl ether, benzylamine, or arylamide they can covalently bond to cysteine residues (Cys797) located in the ATP-binding pocket and produce irreversible inhibition.

Although the third-generation EGFR inhibitors have great potential, but their development is mainly in the preclinical stage.

Looking for more information  around the latest progress in the patented EGFR inhibitors from 2014 to present? Parsian pharma refers you to find this article at its main source: https://www.tandfonline.com/