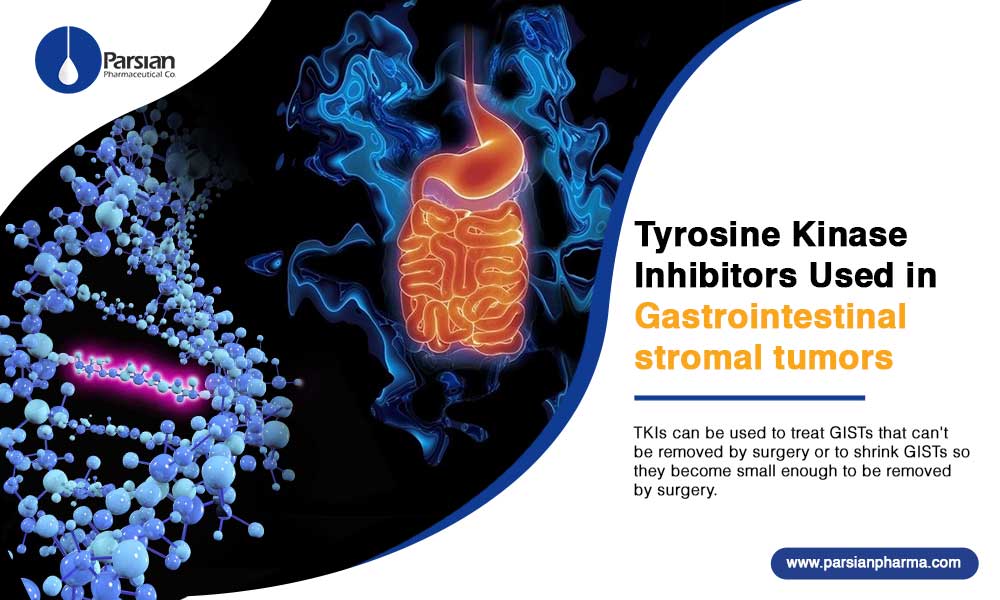 A gastrointestinal stromal tumor is a rare cancer, which are often found during an endoscopy or CT scan for an unrelated reasons. Gastrointestinal stromal tumors (GISTs) start in special cells in the wall of the gastrointestinal tract. GISTs start in very early types of special cells in the wall of the GI tract, called the interstitial cells of Cajal (ICCs). ICCs are also called the ‘pacemakers’ of the GI tract since they signal the GI tract muscles to contract .More than half of GISTs start in the stomach, most of the others start in the small intestine, but GISTs can start anywhere through the GI tract. A small percent of GISTs develop outside the GI tract in nearby areas such as the omentum (an apron-like layer of fatty tissue that hangs over the organs in the abdomen) or the peritoneum (the thin lining over the organs and walls inside the abdomen).

In most gastrointestinal stromal tumor, a specific gene defect causes the cells to make too much of an enzyme called KIT, which is a tyrosine kinase. It has responsible for sending growth and survival signals inside the cell. If the gene to make KIT is “on,” the cell stays alive and grows in number, the overactive, uncontrolled mutant KIT gene triggers the runaway growth of GIST cells.

Much less often, GIST cells make too much of a different protein, called PDGFRA, this protein can also cause the cells to grow. Through these ways a GIST develops, and finding them has led to find new treatments.

There are different types of treatment for patients with GISTs, Four types of approved treatment are used:

The primary treatment for a GIST, is surgery to remove the tumor. If the GIST hasn’t spread and is in a place where surgery can be safely done, the tumor and tissue around it may be removed.

Surgery for a GIST is often being followed by a three-year period of the therapy with imatinib. Some patients do not need any treatment other than surgery. Radiation is rarely recommended for a GIST.

In some cases, experts may recommend imatinib to shrink the tumor before surgery.

Targeted therapy is a type of treatment that attack specific cancer cells. Targeted therapies usually led to less harm to normal cells than radiation or chemotherapy therapy cause.

Tyrosine kinase inhibitors (TKIs) block signals needed for tumors to grow; may be used to treat GISTs that can’t be removed by surgery or to shrink GISTs so they become small enough to be removed by surgery. Imatinib and sunitinib are two TKIs used to treat GISTs. TKIs are sometimes given for as long as the tumor doesn’t grow and serious side effects don’t occur; Targeted drug therapy for GISTs often begins with imatinib, other targeted drugs might be used if imatinib doesn’t work probably.

Targeted drug treatments can be given:

Watchful waiting is closely monitoring condition without giving any treatment until signs or symptoms change or appear.

If a GIST gets worse during treatment or there are side effects appear, supportive care can be given, to prevent or treat the symptoms and side effects of a disease or its treatment.

Resectable gastrointestinal stromal tumors (GISTs) can be almost or completely removed by surgery. Treatment may include the following:

Unresectable GISTs can’t be completely removed by surgery since they are too large or in a place where there would be too much harm to nearby organs if the tumor be removed. Treatment is usually a clinical trial of targeted therapy with imatinib to shrink the tumor, followed by surgery to remove as much of the tumor as possible.

Treatment of GISTs that are metastatic or recurrent are include the following:

Some drugs can target certain proteins in GIST cells that help them divide and grow. These targeted drugs are often very helpful in treating GISTs, they work differently from standard chemotherapy, which are usually not helpful.

This drug is used to treat most GIST patients at some point. Tumors can be tested for certain mutations in the KIT and PDGFRA genes before treatment, which can tell how likely imatinib will be helpful. Imatinib targets both the KIT and PDGFRA proteins, blocking their ability to help tumor cells to grow and divide. Most of the GIST patients, have too much of one of these proteins.

Most GISTs shrink when treated with imatinib, and can be helpful in different situations:

This drug can be started in treating GISTs if imatinib is no longer working or if a person can’t get imatinib for some reason.

Sunitinib targets the KIT and PDGFRA proteins, as well as several other targets that imatinib doesn’t affect.

Sunitinib helps some patient, usually by shrinking or slowing the growth of the tumor.

Regorafenib can be started to treat advanced GISTs if imatinib and sunitinib stop working, or if a patient can’t take these drugs for some reason. This drug targets many proteins, including KIT and PDGFRA.

Regorafenib can slow tumor growth and shrink them.

Several other TKIs are now being studied for treating GISTs as well. While there is limited evidence on how effective they are, some of the TKIs that might be an option if those listed above are no longer effective are:

Parsian pharmaceutical Co. has most of these effective medicines in its wide varieties of list of products, you can find more information and other approved indication of them in our list of products and highlights.